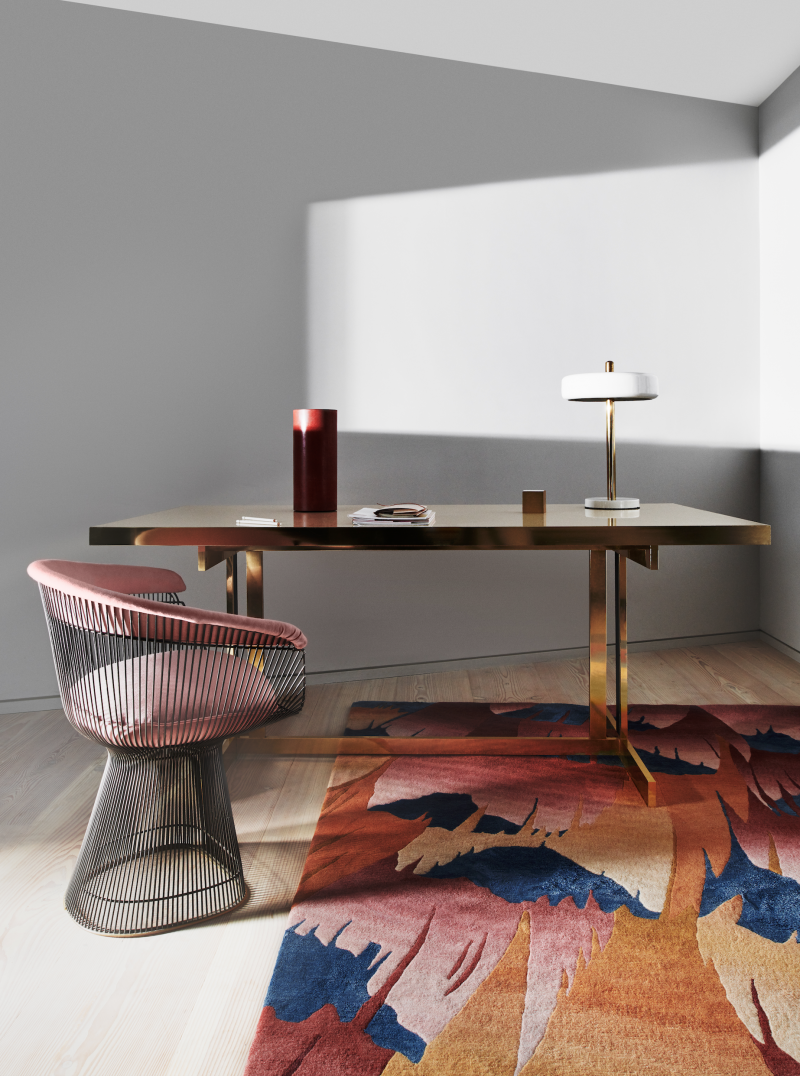 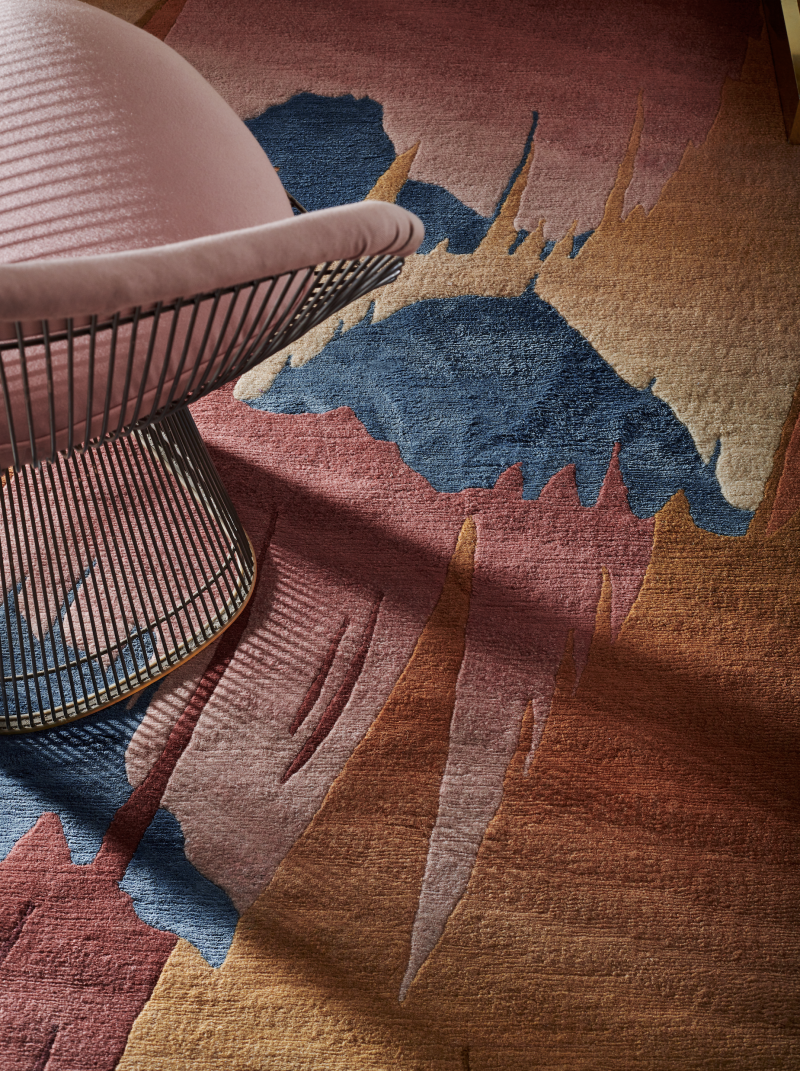 As winter draws ever closer, it’s crazy to think how quickly the time has passed and that Maison 2020 is just around the corner.

It only seems like yesterday that we were on location at some fabulous properties, taking lifestyle images for Deirdre’s successful ‘Plumage Rug Collection’ styled by Louisa Grey.

In fact, that was a year ago and looking back at some of the wonderful photography by Michael Sinclair, I noticed a Guy Bourdin photograph pictured on one of the walls next to Deirdre’s QUILLS carpet. 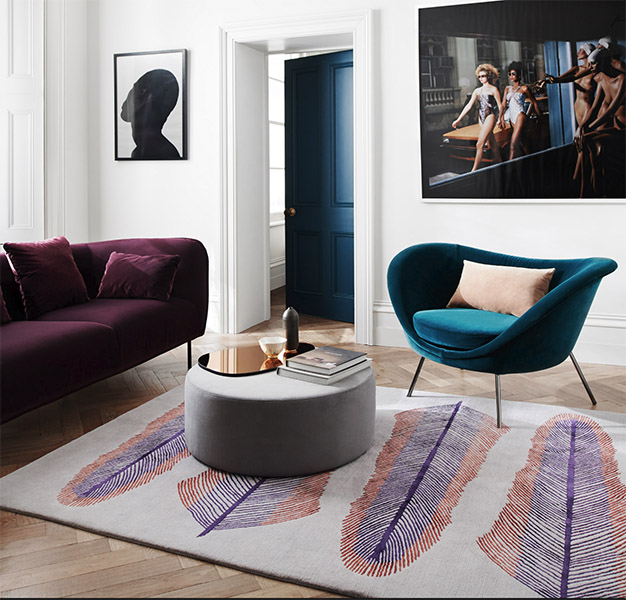 How fitting, seeing that London Fashion Week is currently in full swing.

Considered as one of the important founders of contemporary photography, Bourdin’s images are highly charged and highly provocative; full of sensual and mysterious narrative but remaining colourful and often playful.

His advertising campaigns became synonymous with haute-couture whilst the product always came secondary to the image.

Even Madonna paid homage to Guy Bourdin in her 2003 ‘Hollywood’ music video, drawing direct inspiration from his most iconic images.

Our Stylist Louisa Grey works closely with Deirdre as soon as a rug collection is designed to find exactly the right locations for our collection photo shoots and this year one of them stood out, Ahm House.

The house was originally built by Danish Structural Engineer Povl Ahm, a partner of Ove Arup, who worked on some of last Century’s most significant buildings.

Arup also worked on the Opera House and the two men met during the early stages of its design, culminating in Ahm asking Utzon to design his home which he built in Harpenden, Hertfordshire from 1961-3.  It was to be Utzon’s only completed project in the UK.

This low-lying Pavilion of concrete and brick unfolds to dramatically reveal floor to ceiling glass bringing the secluded, mature gardens into the classic mid-Century space.  In the words of architecture critic Hugh Pearman “Probably the best Modern house in the world”.

As Ahm’s family grew, a later extension was added by Ulrik Plesner in association with Christopher Beaver Associates in 1972-4.

Now Grade II listed, from the street the house gives nothing away, dominated by its car port (and the later garage which formed part of the Plesner extension)

Ahm’s widow sold the house after his death in 2005 and it was sold again in 2016.  The new owners wanted to maintain the character of the home and employed Architects Coppin Dockray to work on the interiors which have been sensitively restored.  The restoration went on to win the Wallpaper* Design Award 2019 for Best Remastered Building.

Fast forward to Autumn last year and our shoot which featured Deirdre’s PLUMES, HARLEQUIN, MANDARIN, BURLESQUE and FEATHER BOUND rugs – Deirdre and Edison knew something special would unfold when they attended the shoot at the Ahm House and the finished photographs by Michael Sinclair are testament to that.